atmospheric k-term each night. The model is determined by finding the parameters of the model that minimize the variance in flux of repeated observations of the same sources. The photometric calibration also simultaneously fits for a low resolution flat field correction vector and a trend in system throughput with PSF. 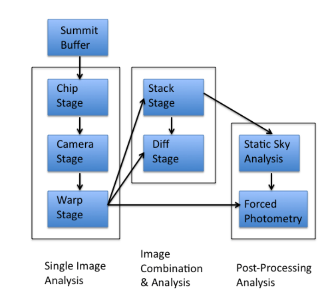