The Gigapixel Camera #1 (GPC1) uses Orthogonal Transfer Arrays devices, a concept developed by Tonry et al. (1997).  The detectors in GPC1 are CCID58 back-illuminated Orthogonal Transfer Arrays (OTAs), manufactured by Lincoln Laboratory (Tonry et al. 2006, 2008, 2006). They have a novel pixel structure with 4 parallel phases per pixel (Tonry et al. 2008) and required the development of a new type of controller , (Onaka et al. ( 2008). GPC1 is actually populated with two different kinds of CCID58s, the CCID58a with a three phase serial register, and the CCID58b which has a two phase serial register (Onaka et al. 2012). For the science data discussed in the PS1 papers and presented in the public data release, the devices were always operated without OT and in a normal readout mode, and none of public PS1 data has OT correction. The detectors are read out using a StarGrasp CCD controller, with a readout time of 8 seconds for a full unbinned image. Performance assessments are presented in Tonry et al. (2008); Onaka et al. (2012) 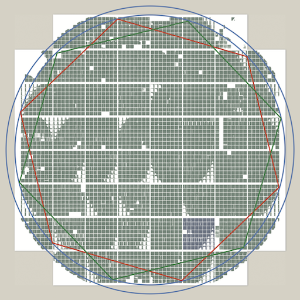