The photometric depth depends on various factors like number of exposures used, total exposure time, seeing, cloud coverage, and crowdedness. Therefore PS1 does not have a uniform depth (see spatial depth maps below), but overall due to a real effort to apply a PS1 Observing strategy that maximizes the uniformity, the differences in depth are in general only a few tenths of magnitude. Galaxy photometry appears to have a depth about 0.3 -- 0.4 magnitudes shallower than point source photometry.

The table below shows the depth maps of the PS1 grizy filters for 50% and 98% completeness on the left and right side, respectively, determined with PSF photometry of stellar sources in the stacked images. if fields with |b| < 20 are excluded, the median improves by ~0.1 mag.

Depth of Galaxies in Comparison to Point Sources 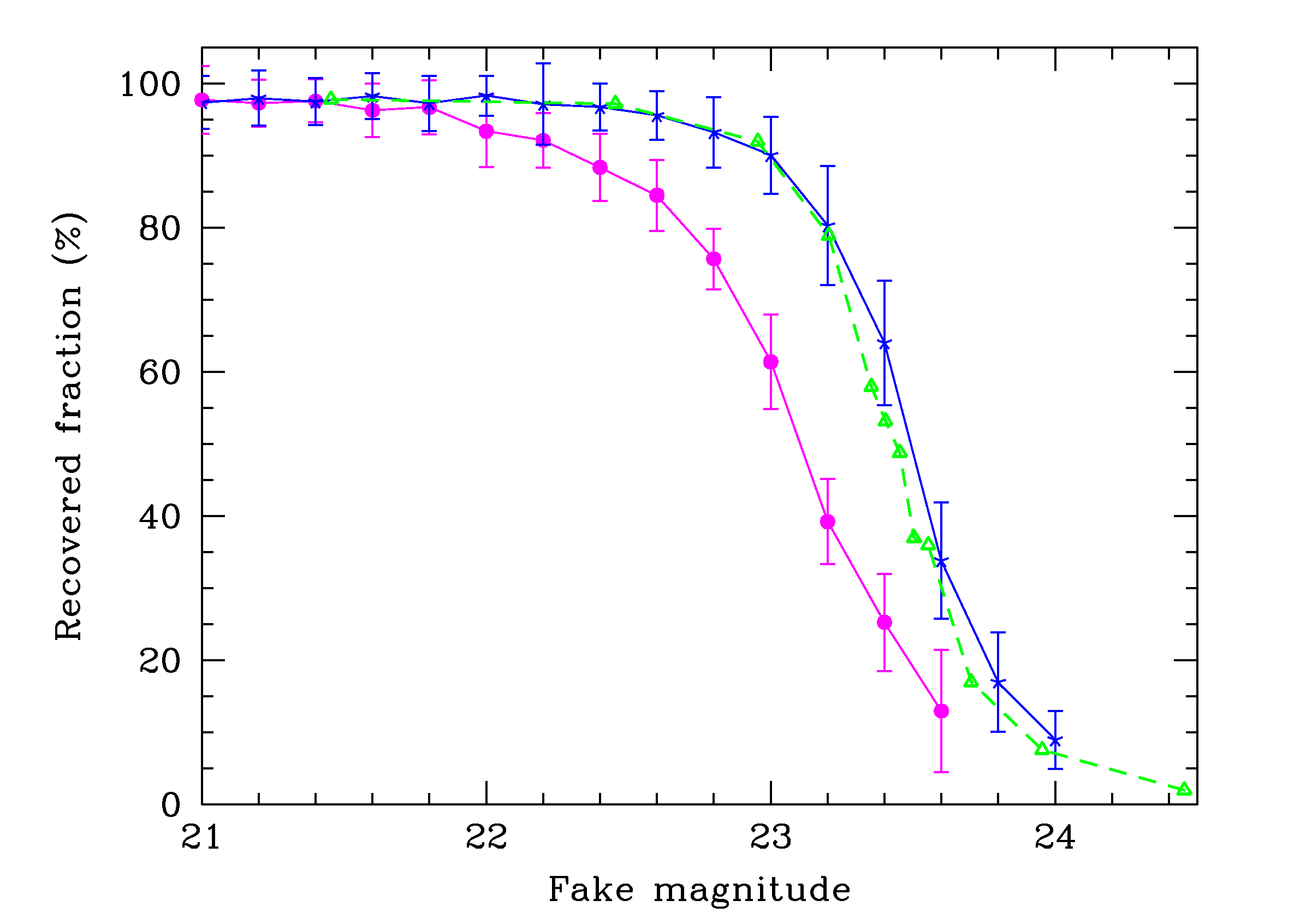 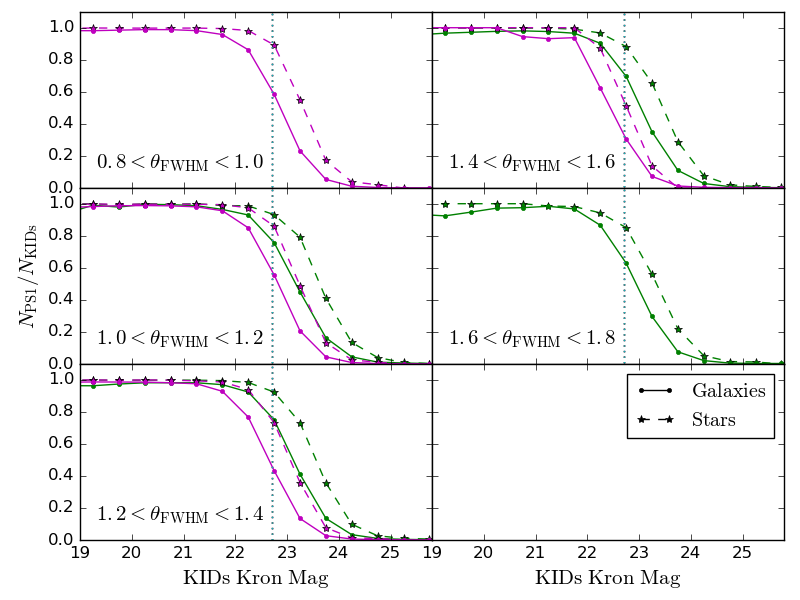 Median 50% and 98% completeness for the PS1 grizy filters, determined with PSF photometry of stellar sources in the 3pi stacked images.