Plot of bad skycells near the North Pole

A detailed analysis of the astrometry of PanSTARRS images near the North Pole shows that a relatively small number of skycells suffered from poor cross-registration in the original processing.  Cross-registration issues can result in poor stacking of images, faulty measurements (magnitudes too faint, source extent and shape inaccurate, cross-filter misregistration), and generally poor depth and quality for mean and stack objects.  We have reviewed and quantified the cross-registration for all skycells North of +70 in the three deeper bands, g, r, and i, and identified questionable skycells via the internal positional dispersion of mean objects with at least five detections (in a given band).  The plots below show the distribution of skycells with at least 5%, 10%, or 20% of mean objects with an internal scatter exceeding 1.5 pixels, shown in orange, red, and purple, respectively. 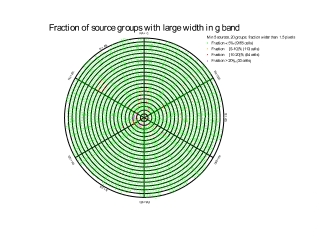 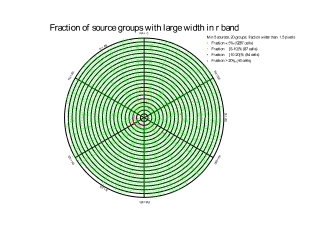 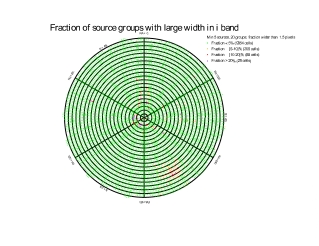 The affected skycells are listed in this Table of bad skycells.

Sources in areas marked as orange, red, or purple in the above plots have been set to invalid.  However, images of these regions may still be usable for limited, non-quantitative purposes, and are available to users - but should be used with care.