PS1 data processing includes many steps to go from raw image data to the archived data products. The raw images are detrended to remove instrument signatures, and then deprojected into images in a regular grid of projection cells. These "warps" are then combined into "stacks." Various forms of point-source and extended-object photometry are performed on the warps and stacks. 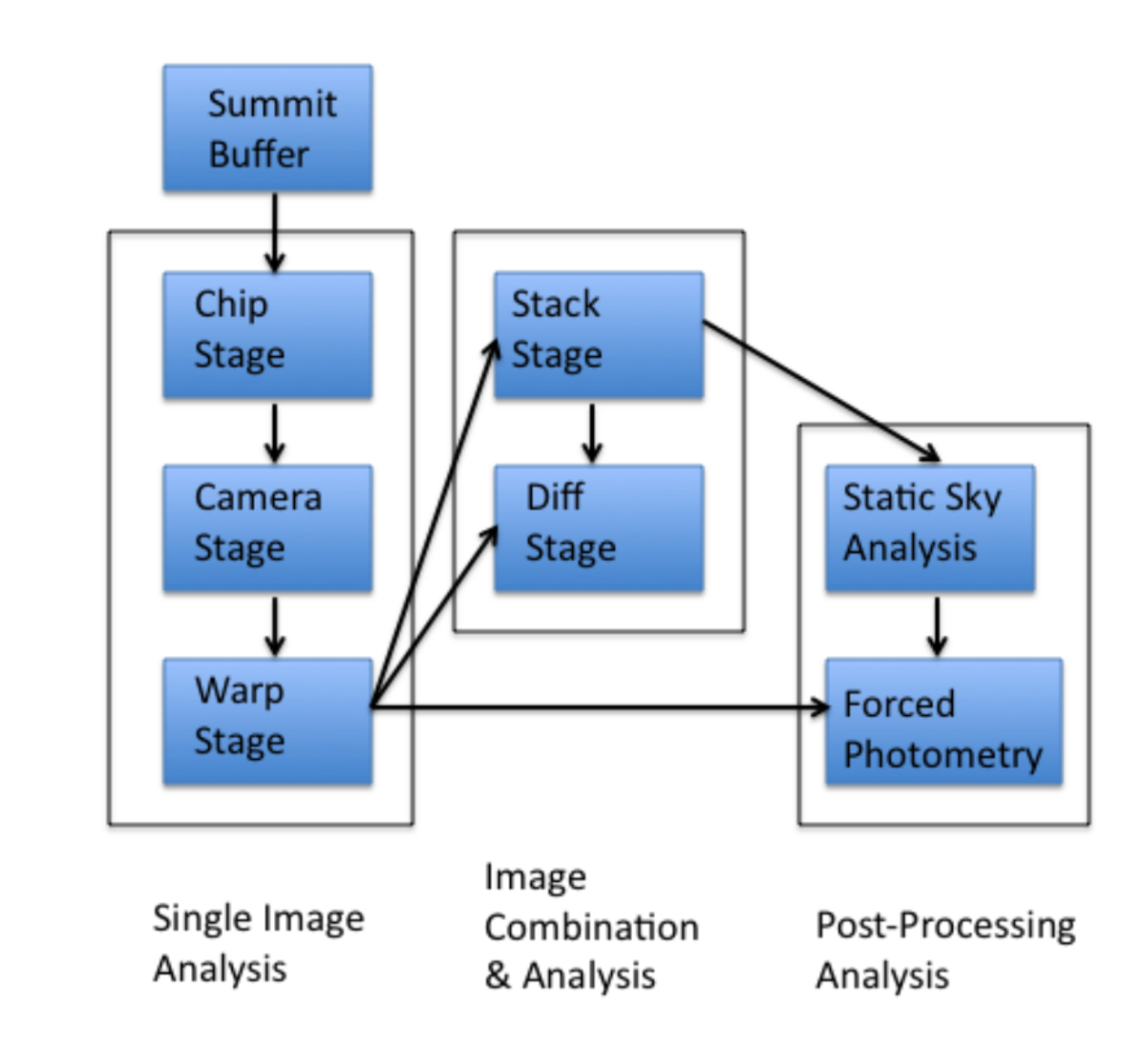