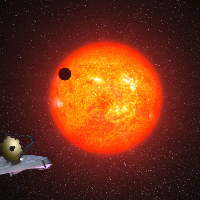 IDEA: the step is currently an idea; might or might not have an associated Jira ticket.
PROPOSED: the enhancement has been officially proposed to the CalWebb WG. Discussion ongoing as to whether move it to further study or not.
ONGOING: step currently under development by the Pipeline Development Team.
DONE: step has been implemented in the JWST pipeline.

Priorities are defined for the TSO WG: